If you want to create a different version of your dataset and make some operations on it (for example in order to balance your data), you can use our annotation import features.

For example, according to the Analytics view of this Dataset version, there is a version of the dataset with 11 classes. 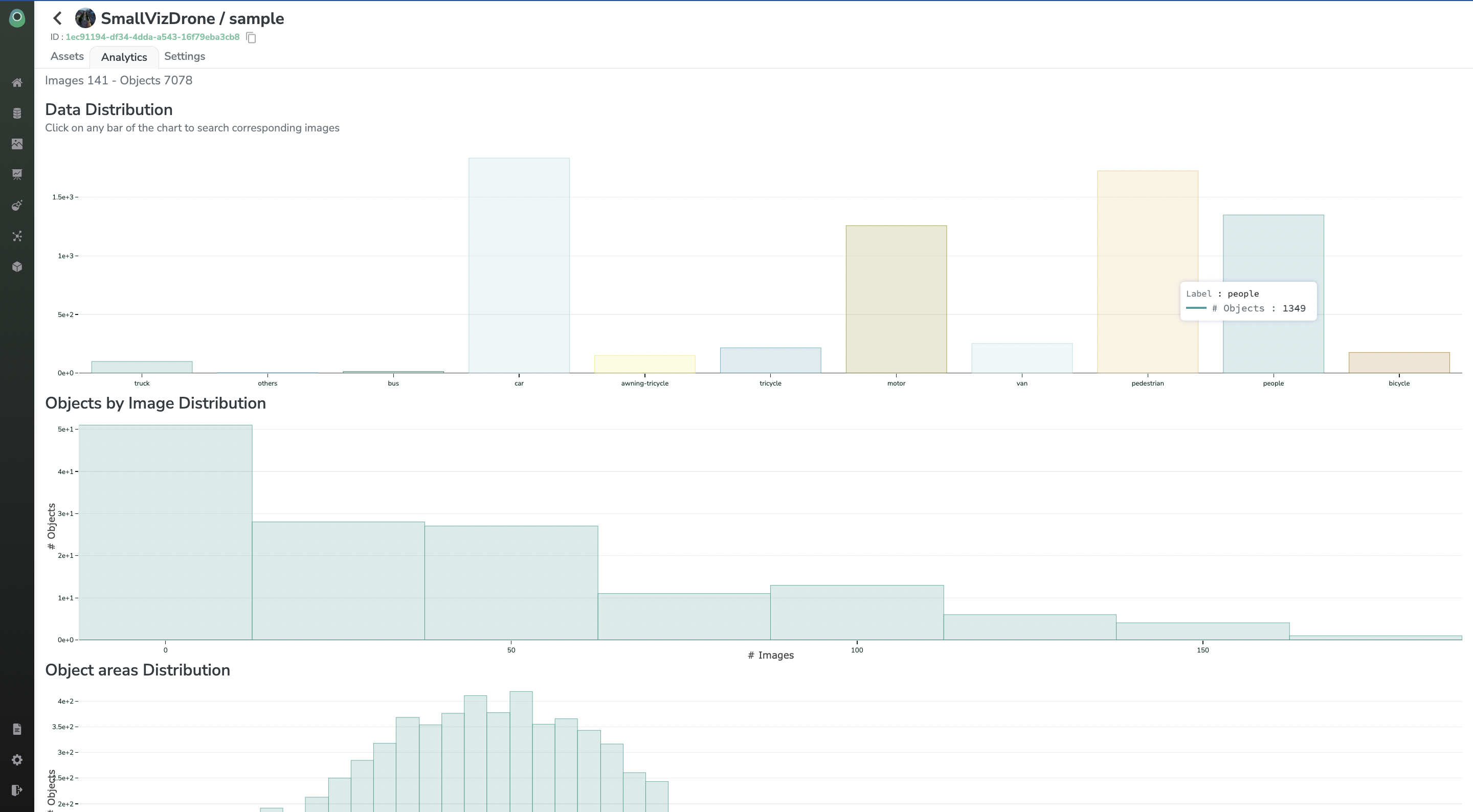 To do so, create a new dataset version.

Then, configure the labels that you want for your new dataset version, let's say: pedestrian and car 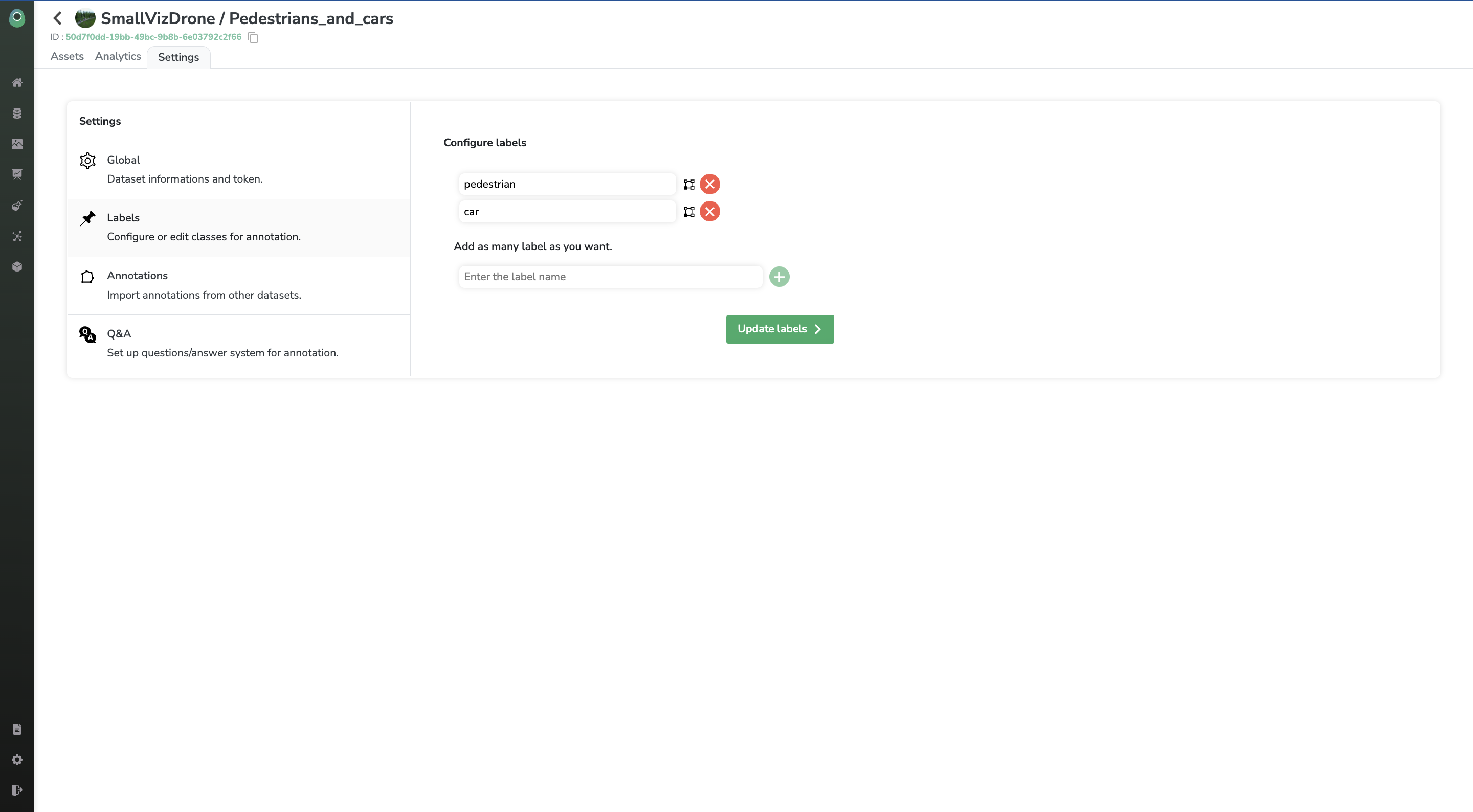 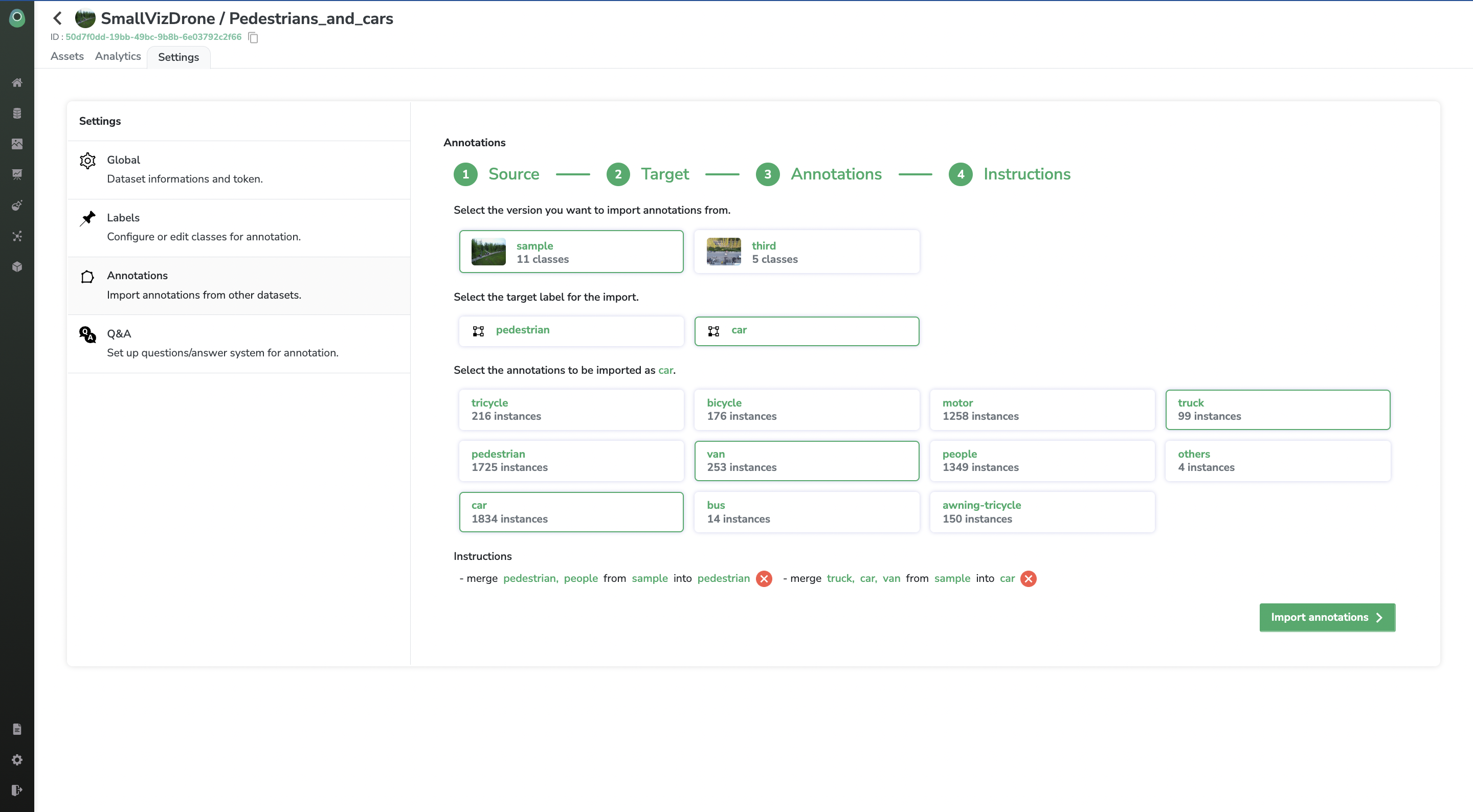 Now you have annotations for your dataset/first with all the labels from dataset/second merged :) 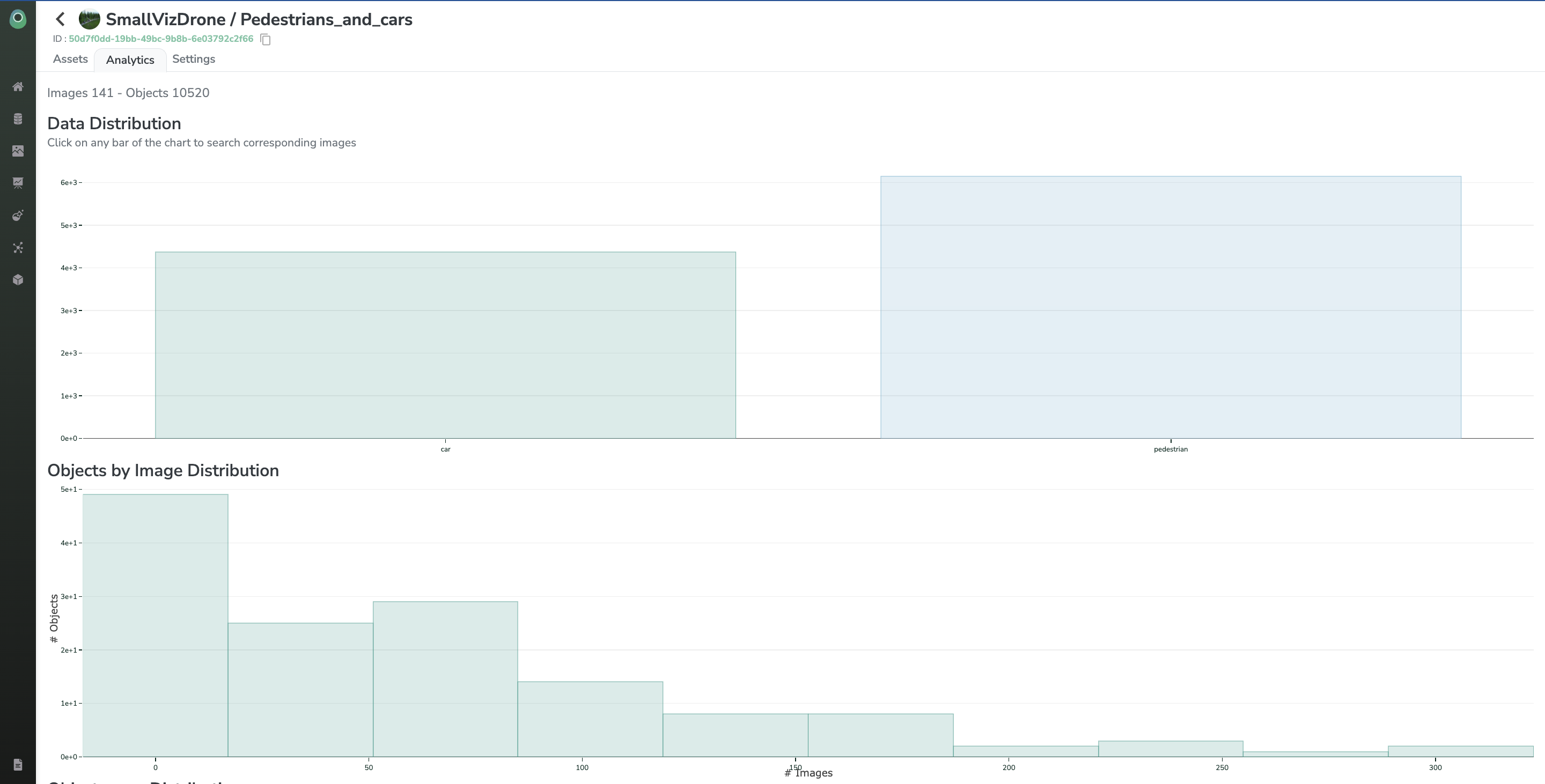